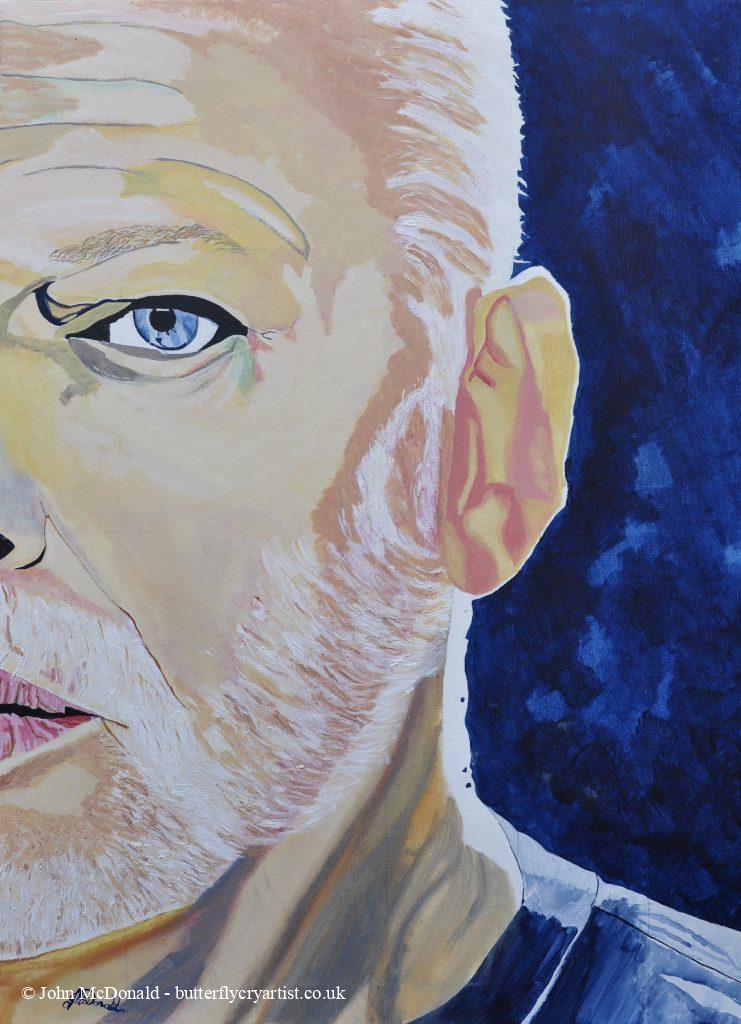 A PORTRAIT OF PINK FLOYD’S DAVID GILMOUR BY JOHN MCDONALD

Last Glance, a portrait of Pink Floyd's David Gilmour, is an original painting by Derbyshire based Scottish artist John McDonald.

Last Glance was created for a private commission, and is a striking depiction of David Gilmour. Gilmour is best known as guitarist, vocalist and writer with Pink Floyd, and he is also renowned for his solo work.

The portrait shows one side of the face against a rich dark blue ground: a beautiful portrait of a beautiful man.

Last Glance depicts Gilmour as a mature man, with the artist's decision to paint the half-face recalling the progressive, psychedelic, and artistic images of Gilmour's youth. The work is a tribute to a seminal musician and artist.

The title also bears reference to Gilmour's atheism and lack of belief in an afterlife, which, far from diminishing hope, places great value on each moment of life.