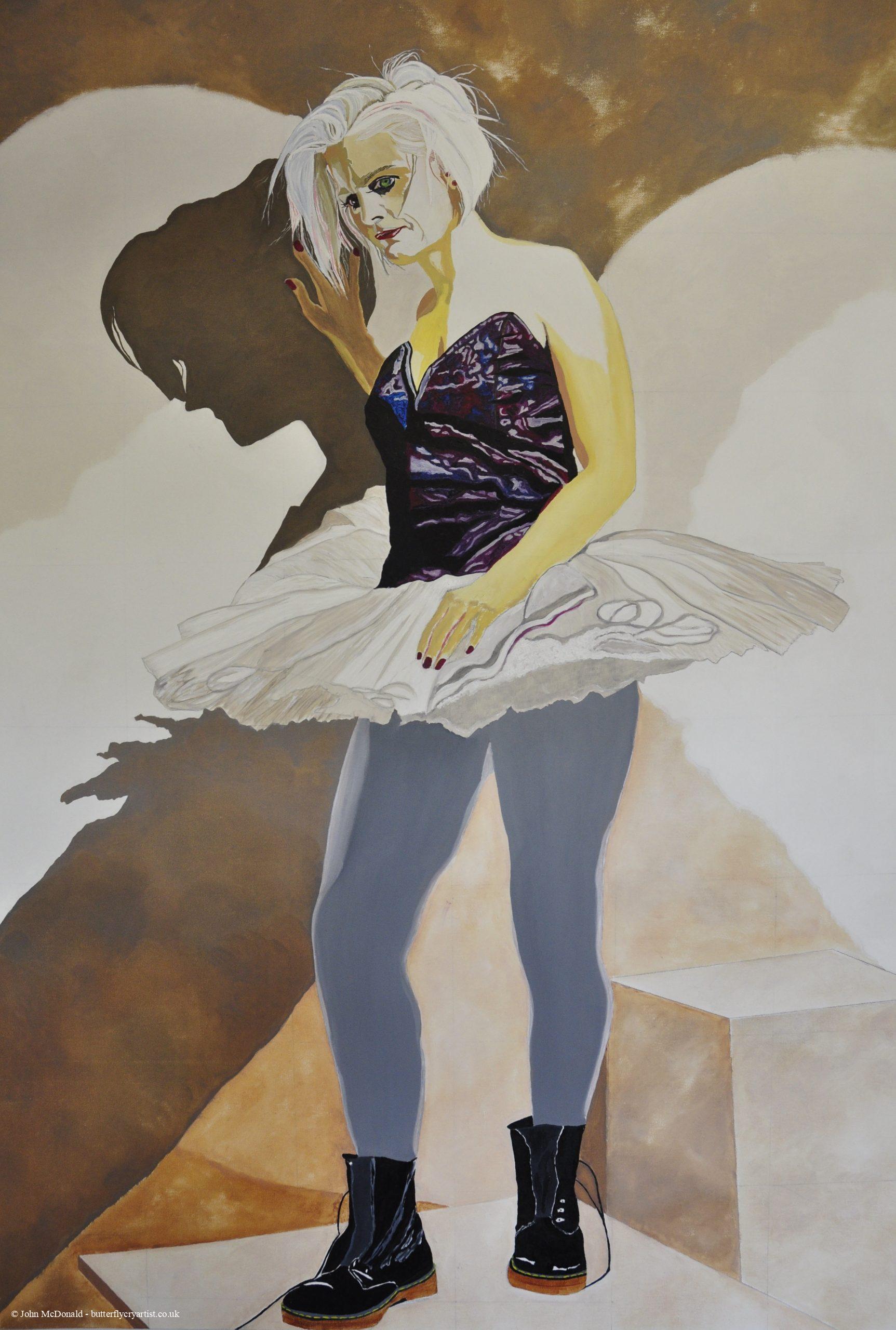 A PORTRAIT OF A SAD PUNK BALLERINA BY JOHN MCDONALD

Leaving is a key portrait in John McDonald’s West End Girls series which portrays some of the inspirational women of the West End of Derby. Each painting is a portrait which is a likeness, but which goes beyond naturalism.

Leaving depicts 'Emma' wearing a tutu for a sad punk. John actually commissioned the making of a classical ballet tutu in order to create this portrait, but it is not a ballet portrait. Emma is depicted with a sad or painful expression, wearing the tutu, with a pair of unlaced Doctor Martens boots. The character looks as though she is a sculpture herself, come to life and about to step off her plinth, right out of the painting.

The palette is created in beautiful, subtle, natural tones of warm sepia and greys. The Leaving character is portrayed as though she were on stage, with two pools of light from spotlights creating the impression of wings, and, despite the evident sadness of this work, there is a playfulness in the shadows that calls to mind Peter Pan trying to catch his own shadow.

The original painting is available for sale through this site or please contact the artist if you wish to make an offer.